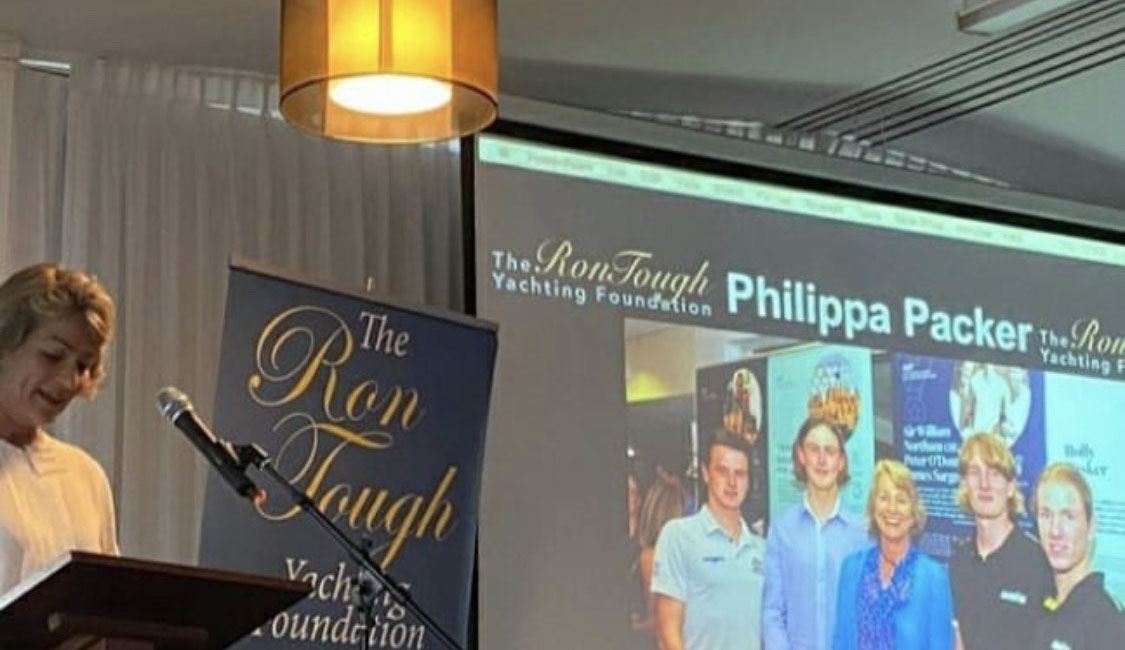 Who was Ron Tough?

Ron was born in England and moved with his family to Western Australia early in the twentieth century. He was active in the running of the Claremont Yacht Club, holding amongst other roles, the Secretary and served two terms as Commodore in the 1940 and 1950 decades.

Ron was also active in the formative years of Yachting Western Australia and served a term as Secretary for 18 years and was President in 1953.  He also served two terms as President of the Australian Yachting Federation (now Australian Sailing) and represented Australia overseas at the IYRU (now ISAF)  His long service to sailing as a sport was recognised in the 1974  honours list by being awarded an MBE.

Ron had a dream of establishing a fund in WA which, by protecting its capital, could continue to support young sailors to improve their performance and assist them to achieve their maximum potential.  The Ron Tough Yachting Foundation held its first meeting in June 1980.

What is the current structure of the Foundation?

In 2017, with the assistance of an expert in corporate governance, the Ron Tough Yachting Foundation updated its management structure and governance with a view to building on the past successes of the 37 years, whilst creating a modern organisation that can prosper and grow over the coming years.

How do I apply for a grant of financial assistance?

Applications for financial assistance are usually called for in the January to March period of each year.  Applications are lodged online by fully completing the online application form available on this website (www.RonToughYachtingFoundation.com.au) prior to the specified closing date..  All applicants need to supply sufficient information such as their latest sailing performances, their proposed future sailing program of the event(s) indicating the indicative cost and how the grant will assist them in their request to achieve excellence.  See the conditions and criteria for receiving a grant on this website.

What happens if I don’t use the grant for the reason it was awarded?

Grant payment will only be made by EFT following completion of attendance at the event to which the grant relates.

What does the Foundation expect from me?

Recipients of financial assistance are required to furnish a report to the Ron Tough Yachting Foundation indicating the events attended and results achieved.  A number of these reports are then selected for publication on this website for information to the sailing community.

How are the medal winners chosen each year?

The Gold medallion is awarded to individuals based upon a combination of Outstanding Life Time Contribution to the sport of sailing within Western Australia or Outstanding Competitive Performance.

The Silver Medal is awarded to a Youth sailor (will not attain 19 years of age by 31 December in the relevant year) who has made an outstanding contribution to the sport of sailing or an outstanding competitive performance for their age in the preceding 12 months.

The Bronze Medal is awarded to a Junior sailor (will not attain 16 years of age by 31 December in the relevant year) who has made an outstanding contribution to the sport of sailing or an outstanding competitive performance for their age in the preceding 12 months.

The Directors of the Ron Tough Yachting Foundation determine the most deserving recipients of the Medals from those individuals that have been nominated.

What is the age limit for junior and youth awards?

To be eligible, the Junior sailor of the year will not have attained his or her 16th birthday before 31 December of the year in which the award is made.

For the Youth sailor, the sailor will not have attained his or her 19th birthday before 31 December in the year in which the award is made..

What is the Syd Corser Scholarship and how is it awarded?

See our Scholarship page which includes the factors considered in awarding this prestigious financial award.

Can my Sailing Association or Club apply to the Foundation for financial assistance?

Yes.  Financial assistance that is not predominantly related to a specific competitive event is generally awarded to clubs or class associations that are affiliated to Yachting Western Australia/Australian Sailing.  Such applications should detail the nature of the requested assistance sought, the total cost and other sources of funds for the project.  A short statement detailing how the expenditure will benefit the sport of sailing in WA is required.   Assistance to attend or host a National or Australian Championship series is not generally supported however Class Associations are encouraged to apply for grants to host Pre-Nationals Coaching Clinics to assist WA sailors intending to compete in Australian Championships.